Sorry for the delay folks! Finishing off Hunter/Hunted was a priority, but the January Patreon Supporter Reward is now up and ready for viewing!

It’s behind the scenes stuff. Not that spoilery, either, though some might find it a little spoilery. But I tried to make sure it wasn’t too bad.

Anyway, those of you that are Patreon Supporters can head on over to my Patreon and take a look, while the rest of you … well, Hunter/Hunted is my editing project at the moment, so there’s that? You’ll just have to wait a bit longer.

In a rush, so I’ve got to run! I’ll post later with an LTUE update!

Four items of news today, folks! All of it good!

You know that old saying “No news is good news?” Well, I have been a little quiet over the last few weeks.

In fact, the area where I’ve been the most quiet is my Current Projects page, simply because a few months ago I forgot to update it for a few days and lost count of where I was on Hunter/Hunted. As in, I lost track of my word-count, which was my process for updating everyone.

Well, I haven’t gone through and added up a word count of each chapter. I mean, I could … but it was the holidays, etc etc. So I just went with “No news is good news” and kept writing.

And now? I can give you the good news. The Dusk Guard Saga: Hunter/Hunted has only four chapters left, counting the one I’m working on right now. Five, maybe, if something unexpected catches me by surprise.

END_OF_DOCUMENT_TOKEN_TO_BE_REPLACED

Aliens of all kinds? Well, it could be worse. 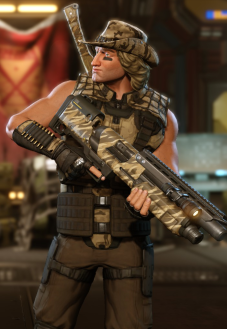 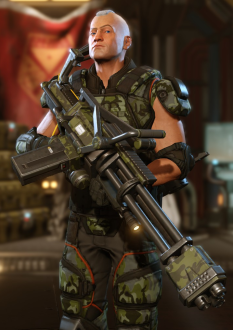 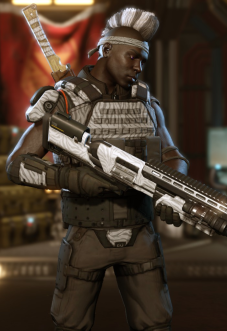 Yes! At long last they’re here! And totally not this late because I totally spaced it while working on Jungle until a fan reminded me. Nope, not that at all.

But at last they’re here. Fresh from the pages of The Dusk Guard (one of the fanfics that got me my start on the writing scene—it’s a long story) come … Well, the Dusk Guard. That’s pretty self explanatory. But they’re here! Steel, Hunter, Sky (everyone’s favorite waifu), Dawn, Sabra, Nova … and even a little bonus I’ll leave to those who grab to pack to discover.

END_OF_DOCUMENT_TOKEN_TO_BE_REPLACED

You ever have one of those moments where you’re all gung-ho to do something, and then you sit down and your mind goes blank? Yup, that’s me at this post right now. So I suppose I’ll just go with the basics, starting from the top.

First, don’t forget about the Birthday Sale! Seriously. Even if you’ve already bought my books, April 19th (which is now just six days away) will be a great day on which to share one that you particularly enjoyed on Facebook or another site or what have you. So please do, as it would be really helpful.

No, it really would. Right now it seems the biggest wall I’m running into is just getting my name out there. Which, in today’s very crowded world, isn’t easy.

So, on to other news: This month I have been working my tail off. See, the last three months I’ve come in just below my quota every single time. And that’s a reduced wordcount quota of about 60k-70k, on account of me having this other job I have to spend time at. And quite frankly, while I’m fairly tired of that job, I’m not so tired that I can’t do the math and see I’d be homeless without that little income (it’s risky enough and I cut far too many corners even with it).

In any case, I decided that this month I was going to get things back on track. Saturday is no longer a break day, for starters, and I’ve become a lot more stringent with my time. The result: I am keeping up with my quota this month. Which means a quicker turnaround for some of the newer stuff down the line.

Speaking of which, the update on that.

END_OF_DOCUMENT_TOKEN_TO_BE_REPLACED

You know, it’s funny, but I always find that it takes me a few lines worth of errors to readjust to using my big, awesome keyboard again. Just like it takes me a little while to adjust to using someone’s laptop keyboard when I’m traveling and going to make a post. The fingers go to the expected locations, and … Whoops! See? Well, you can’t, because I fixed it, but just there, with the “whoops,” I did it again.

Anyway, I suppose this is a long way of saying “Guess who’s back!” Or returned. Or whatever. For me it’s a return to work, for others a sad “awww …” as I left once more.

And … no, I haven’t written anything today. Still unpacking, etc, etc. Jet lagging a little, oddly enough. Which doesn’t make sense because west to east … Oh well. Whatever. Anyhow, this post needs a point! I mean aside from going “Hey hey, I’m back!”

Okay, I actually do have some news for you guys. A couple snippets of it, in fact.

The first bit? There’s a new Patreon supporter post going up today! As soon as I’m done here, I’m bouncing over there (I’ve already got the tab open) and I’m putting it together. For those who are Patreon supporters, this time you’re getting a fun treat: A sneak peek at some of the new characters that are being introduced in Jungle (that Colony sequel you should be really excited for). Nothing that spoils anything—so nor worries there. I’ll cut anything that drops too much info. But you’ll get not only the character sheets themselves that I wrote up, but also some of the side stuff that’s been developed since then. Thoughts, impressions, changes to the characters as they came to life, etc. So if you’re a Patreon supporter, pop on over and take a look! And if you’re not, a dollar a month is all it takes!

Now, the second bit of news, this one concerning my books and the month of April, which starts tomorrow. What could those two have in common, you might ask? Well, there’s one thing in particular about April that’s quite special, at least to me. Those of you who’ve been regulars here for a while might know this already, but …

April 19th is my birthday.