Skip to content
HomeNo, Aven Colony is Not the Next Outpost 2 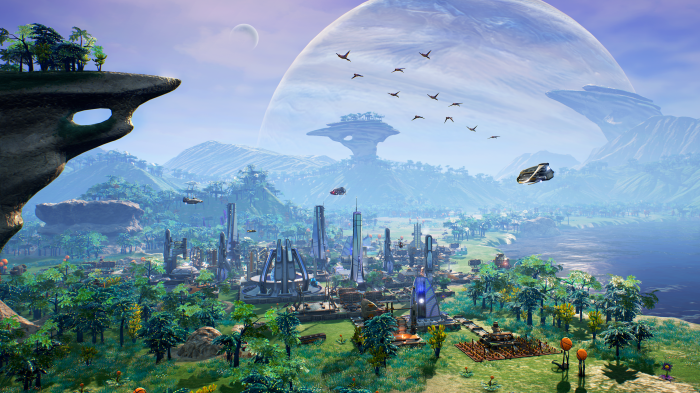 Yesterday morning, I received an unexpected burst of surprise. I was browsing r/games on Reddit when I came across a notification of a Science-Fiction colony-builder survival game titled Aven Colony … certainly enough to pique my interest. But the real shock came when I saw that the (then) top comment was “I’ve been waiting for something to fill the void that Outpost 2 left in my heart for so long.”

Yeah, that snapped at my attention right away. I spent the rest of the day (I was busy doing other things) already planning to check to see if that commentator was correct. As you may recall, I’ve written about Outpost 2 before and why I’m waiting for a successor of some kind, and to my surprise that post continues to be one of the most regular reads on the site. Scarcely a day doesn’t pass that it doesn’t get one reader (other posts get many more readers, but in batches, this one is about as stable as my home page).

Now, I know I tend to talk more about writing than anything else one here (though again, I’m always open to branching out), but since gaming is one of my biggest hobbies (not surprising, as I did study at creating games and even founded a game studio that went nowhere), occasionally snippets of that might leak through.

Like right now, when I’m reporting back on Aven Colony. I had to know: Was it truly a successor to Outpost 2? Was it a game that filled a niche that has been empty for almost two decades? Was it what this obscure reddit commentator was hoping?

I did some digging. Watched a video. And now I have an answer.

I know, I’m bummed as well. Unfortunately, while Aven Colony certainly looks like a fun game, it’s not a game will fill the shoes left by Outpost 2. There’s no combat that can be seen, for a start (at least, not in the way Outpost 2 gave us combat). No factions. No RTS elements at all. No web of tech trees (that’s been shown, anyway, as advancements of some kind are promised). You’re not struggling against an alien world for the survival of the human race, you’re attempting to build a happy colony that will please both the inhabitants and your financial backers on Earth. You actually are given rewards by said backers for accomplishing goals during the missions. The scratch-and-dig for survival struggle that was Outpost 2 this isn’t.

That said, there are some common elements. Inclement weather, for instance. According to the game’s site, you’ll be beset by everything from lightning storms to sandstorms, and even “attacks” of a sort by local wildlife. There’s a day/night cycle, with tempuratures plummeting at night and power production methods like solar slowing to a trickle. And there are a lot of resources to keep an eye on, such as air, water, and food … all things that are both familiar to Outpost 2 players or seen as a natural evolution of the genre (someday I should type up my thoughts for an Outpost successor, just to see what you all think). There’s even a “Morale is terrible/horrible” alert to watch for.

But they’re more in-depth here than in Outpost. The interface for managing all these things is more akin to something like Cities: Skylines, with complex graphs and charts, rather than straightforward function indicators.

None of this is a bad thing. From a gaming standpoint, I feel I must say this: Aven Colony looks great and is definitely showing more promise than a lot of the other colony-builder styled games I’ve seen recently. The graphics look nice, the spread of varied environments look to keep things interesting, and for a city-builder there’s plenty to do and manage.

But it’s not, nor should it be seen as, a successor to Outpost 2. No, for the time being, that void is going to stay unfulfilled.

That’s fine. Aven Colony is doing it’s own thing, and that’s okay. The dev team should be happy with the game they’ve produced. If you’re looking for a city-builder with a Science-Fiction vibe (by which I mean spaceships and nano-tech) Aven Colony might be exactly what you’re looking for. I’ve seen some gameplay, and it’s certainly beating other colony-builders I’ve seen lately.

But if you were thinking or hoping, as I was, that it would finally be the new Outpost, don’t. It isn’t. It’s its own game.

You can check out Aven Colony at its site here, or take a look at some gameplay footage here. If it sounds neat, go give it a look!

THE SEQUEL TO COLONY IS HERE